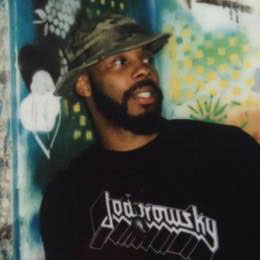 Jodorowsky’s Dune is a 2013 American-French documentary film directed by Frank Pavich. The film explores cult film director Alejandro Jodorowsky‘s unsuccessful attempt to adapt and film Frank Herbert‘s 1965 science fiction novel Dune in the mid-1970s. Part thoughtful tribute, part bittersweet reminder of a missed opportunity,Jodorowsky’s Dune offers a fascinating look at a lost sci-fi legend. “Jodorowsky’s Dune” is an account of a film that was never made despite all the love that its makers poured into it, yet somehow it’s warm and inspirational: a call to arms for dreamers everywhere.  (RogerEbert.com)

Michael D’Bey was born in the Great State of Tennessee in the 7th month on a Sunday at Sunrise… At 7 he knighted himself in His Aunts backyard with his Uncles Straight razor it was pearl handled with Excalibur inscribed on it… At the behest of his principal He dropped outta High School in what should’ve been his Junior year and joined to Theatre companies and begin working as On-Air Producer at the local radio station, awhile attending various classes at 3 different colleges before getting his G.E.D. Moving to Hollywood And actually enrolling in the American Academy of Art. Where he met a Beautiful Woman, Had a A Gorgeous Baby… and was Cursed to start doing Stand-Up Comedy.

The 82 Commandments Of Alejandro Jodorowsky