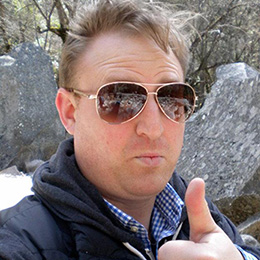 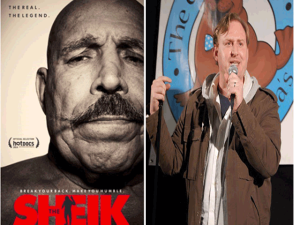 Is the Iron Sheik for real or Jabroni? Find out when SF comedian and podcaster Drew Harmon joins Paco and George to talk about the documentary “The Sheik”. In this episode we discuss hard-hitting topics like the origin of the word Jabroni, the difference between a heel and a baby face (hint: it’s not what you think) the impact wrestling has made on prepubescent boys and the big lie Paco told his parents so that he could go see Wrestlemania.

Once the most outlandish of professional wrestlers, Khosrow Vaziri – a.k.a. The Iron Sheik – is now, at 72, the most outrageous personality on Twitter, a man who routinely shocks even Howard Stern.But the story behind the oversized personality is raw, touching, emotional and almost unbelievable.

The Sheik is a labour of love by two Iranian-Canadian twins – Page and Jian Magen – who grew up idolizing him, and ended up pointing him towards redemption and a second chance at stardom. Featuring Dwayne Johnson, Mick Foley, Seth Green, Jim Ross and over 25 celebrities and entertainment superstars; The Sheik will make its World Premiere at Hot Docs International Film Festival in Toronto Canada on April 26th at 9pm. The Sheik was selected as Hot Doc’s 2014 Special Presentations collection.

Eight years in the making, The Sheik showcases Vaziri’s incredible Iranian childhood and the countless tales behind his status as the world’s most hated ‘Villain’.

The Sheik is a mustsee, Pop-Culture Documentary that will “make you humble.”

Or as The Iron Sheik himself told the Orange County Register, “My movie better movie than The Notebook. The world first time ever see how the legend Iron Sheik become Iron Sheik. Everybody know Iron Sheik today. Nobody know about my life and I have lot of fan that want to see how I become most famous Iranian in the world. You see my up and the down and everybody be happy.”

Drew Harmon is a comedian, writer, podcaster and former TV and radio weather and traffic reporter. Drew began performing standup in Michigan, where he grew up in a log cabin. Now he does standup from San Francisco, where he lives in an overpriced concrete box with easy access to burritos. Drew has performed around the country at clubs, bars, casinos, banquet halls and in between karaoke shows for more than eight years. He is also the creator and writer of the popular San Francisco Burger Blog and cohost of the podcast Chucklepedia.