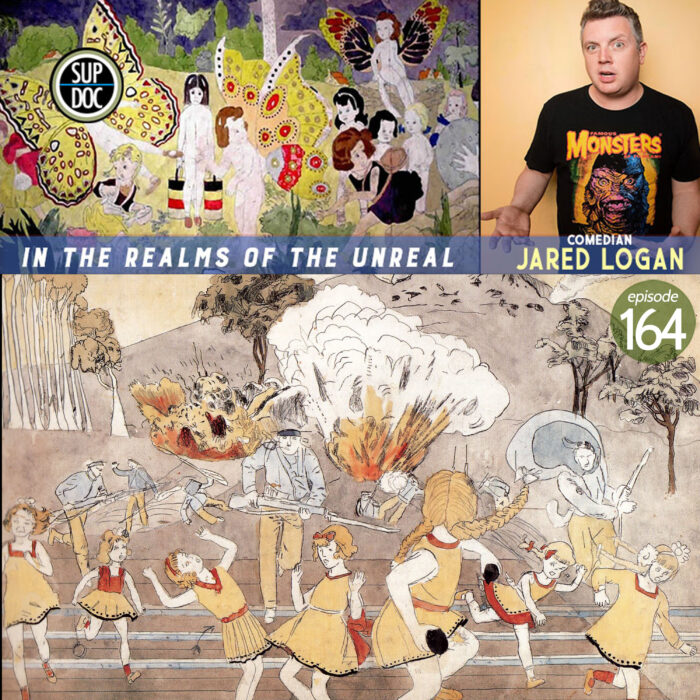 The gang covers Jessica Yu’s 2004 documentary In the Realms of the Unreal. Utilizing innovative animation and voiceovers, Yu pieces together the story of Chicago janitor Henry Darger, a loner who has a fascinating and intense creative output that is discovered by his landlords upon his death. Paco and George visit with comedian and game master Jared Logan to discuss the sad and surprising life of Henry Darger, the Chicago loner whose exhaustive creative work was discovered posthumously.

The ultimate Outsider Artist, Darger created a memoir, a 15,000 page hand-written novel, and giant ten foot paintings, none of which were intended for an audience. The private world he created was fascinating, horrific, and ultimately influential beyond his lifetime.

Jared Logan is a writer and performer whose comedy albums My Brave Battle and The Twilight Door are available to stream. He is also the game master of Stream of Blood, a thrice-weekly tabletop roleplaying game experience on Twitch.