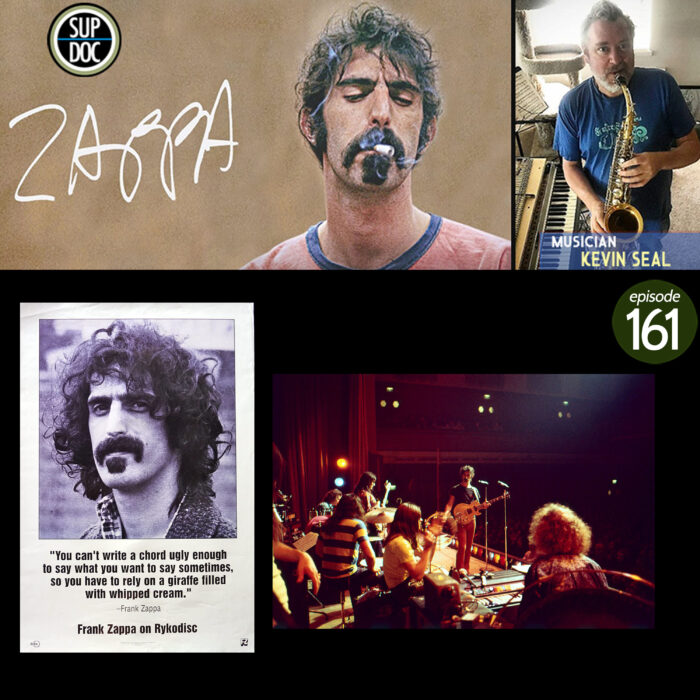 On episode 161 George and Paco sit down with musician and journalist Kevin Seal to recap Alex Winter’s 2020 documentary Zappa. On this episode we have three different Frank Zappa fans ranging from George, who is new to Zappa’s music, to Kevin, who loves Zappa but occasionally needs a break to Paco, who has been a life long Zappa-head. We get into many topics including: would Zappa be a Trumper, our collective love of Ruth Underwood, Steve Vai’s audition, how art should be a threat to the establishment, Gail Zappa, being an archivist, Captain Beefheart, Edgard Varèse and much more!

Frank Zappa – you either love him or hate him. There is no in between. There have been a few Zappa documentaries out in the last few years but this time it would seem that Alex Winter is a fan first and filmmaker second.  “Zappa” is a six-years-in-the-making love letter. Alex was given the family’s blessing and access to the prolific musician’s personal vault and he used as much as he could. We are privy to rarely seen and heard music, films, home movies and interviews up to the point of being just a few months before Zappa’s death in 1993.

Kevin has been writing and recording unfashionable music since the ’90s. His band Griddle released four studio records, including a concept album about Olympic athletes and cannibalism. He has played and sung on albums by 20 Minute Loop, Michael Zapruder, and more. Since the shelter-at-home began, he has co-hosted a music game show called Lo Fidelity. He grew up in Cincinnati.