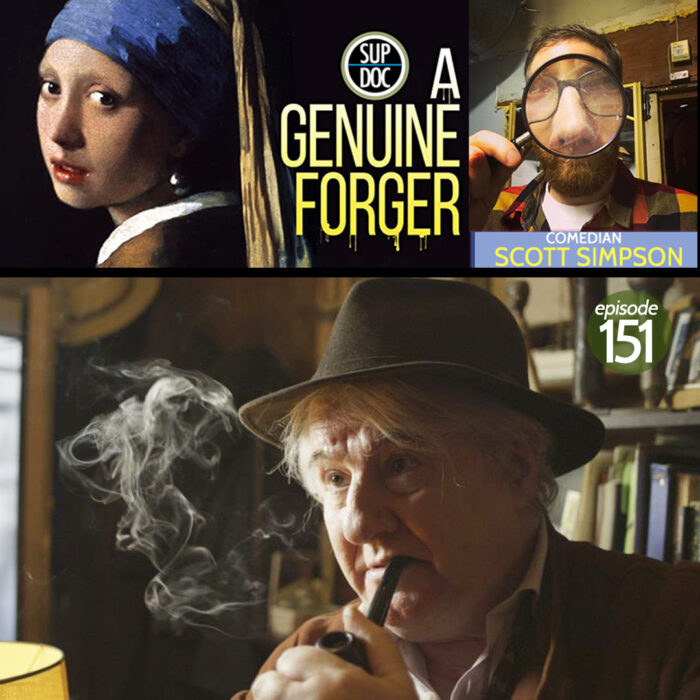 On episode 151 Paco and George talk with comedian and podcaster Scott Simpson. We recap the documentary A Genuine Forger that profiles Guy Ribes, one of the world’s most notorious art forgers. For over three decades Ribes scored major deals selling works by Picasso, Matisse, and other legends, with a twist: He painted the works himself. Fake heirs, ruthless dealers, and more – it’s all here in this documentary.

We also talk about the current state of comedy, Paco being conned when he first moved to San Francisco, and how we want our con-men to be part Robin Hood. As our guest stated “I love art, fakes, and con men. Great forgers are all three”.

Scott Simpson is a comedian based in San Francisco, but his career started in the corporate world. He helped create and run the Apple iTunes podcast store and later did the same with iBooks. Now,, he’s a full time comedian and performer. His show “You Look Nice Today” received the Podcast Award for Best Comedy Podcast. He produces the most popular independent standup show in San Francisco, Cheaper Than Therapy, which -until recent events intervened- entertained over 500 comedy fans per week. Make sure to listen to You Look Nice Today’s new incarnation, California King.