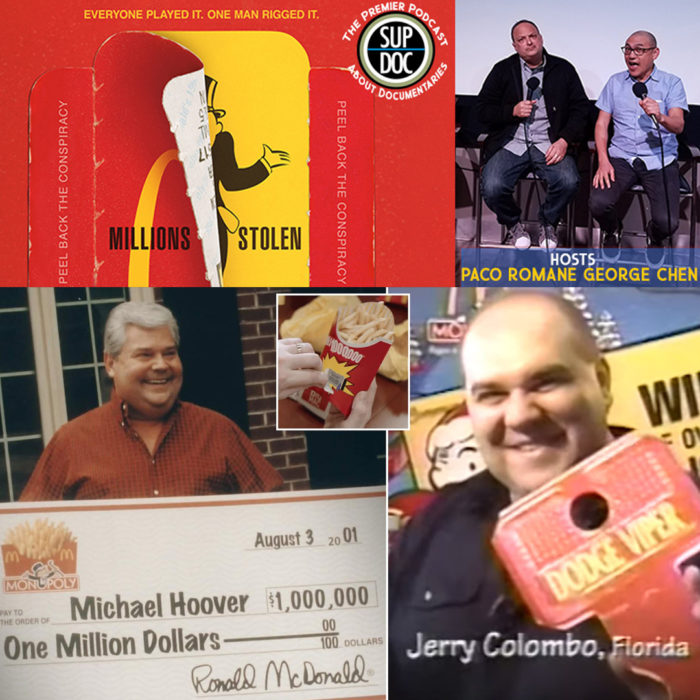 On episode 138 of Sup Doc Paco and George recap the new multipart documentary series McMillions currently streaming on HBO. When you listen to this episode expect

Like most great capers this one also started with a Post-it note. The not simply read: “McDonald’s Monopoly Fraud? This is when we are introduced to the breakout “star” of the series FBI agent Doug Mathews. He was bored and snatched the Post-it off a senior agent’s desk, an investigation began that would eventually lead to greed, deceit and the theft of millions of dollars from McDonalds. The story behind that investigation is the basis for McMillions, an extremely entertaining six-part doc series on HBO. Like the best true crime, the central narrative of McMillions takes some surprising detours and delivers plenty of “you’ve gotta be kidding me” details. What do you get when you mix The Columbo crime family, millions of dollars, McDonalds, the FBI and greed? McMillions.

Both Paco and George give this series 6 Herzogs (out of 10).