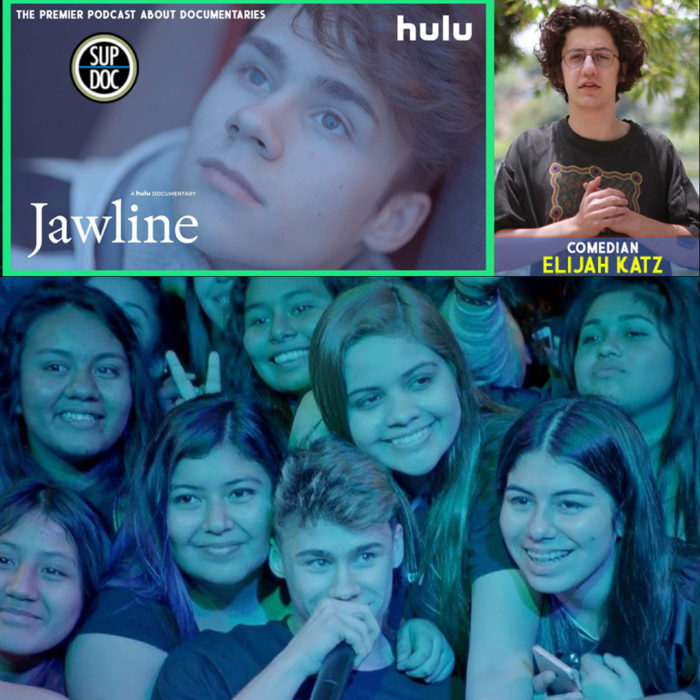 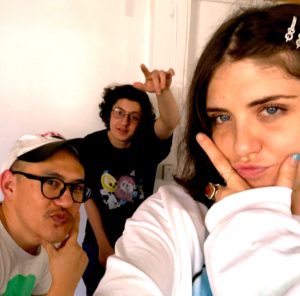 Liza Mandelup’s 2019 Hulu documentary Jawline was a Sundance hit, capturing a scene of teenage influencers and an influencer kingmaker, and to a lesser extent the teenage girls that pay to interact with them. Without a heavy-handed narration it’s all shot in a gauzy dream-like way. Protagonist Austyn Tester is from a small Tennessee town and plays the naive foil to media shark Michael Weist. It all makes one wonder who this film is targeted at, and does it warrant the attention it got? Will you do what it takes to become a living meme, including drop out of high school? And is this still better than the Travis Scott documentary?

George’s guests are a young couple who watched this film together, an awkward date night choice.

Elijah Katz is a Los Angeles born and bred comedian who runs “Margaret: a mid-city comedy show” every other Wednesday at a vintage shop. The rest of the time no one is sure what to do with him. He loves Sophie very much.

Sophie Klem is a recent graduate of Pratt Institute in New York. She works in fashion in Los Angeles. She loves Elijah very much.

*Will this film help build up Austyn’s social media numbers? Refinery29 thinks not.