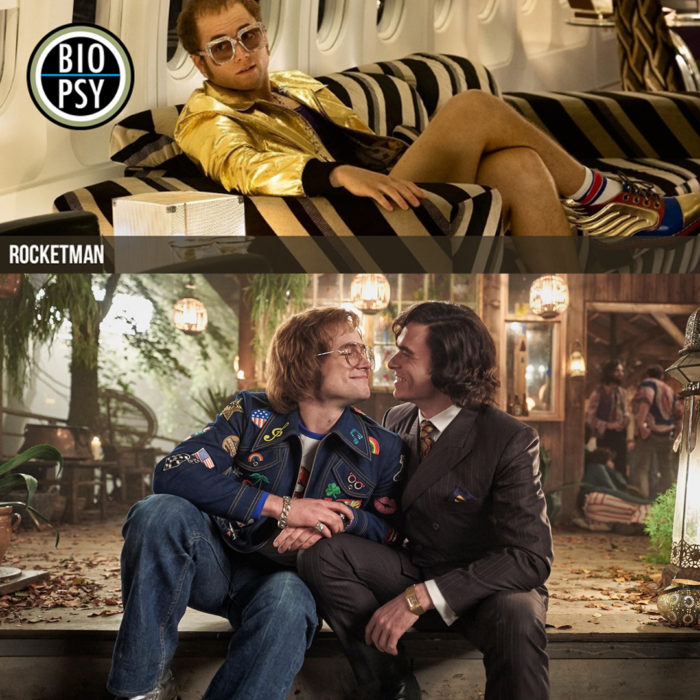 This is the pilot episode of our new sidecar project Biopsy!

Welcome to Biopsy! Our new show we recap BioPics in a loose, funny format and dropping episodes whenever we can. We think BioPics are the real life version of our game Cast This Doc.  You’ll find episodes of Biopsy in your Sup Doc podcast feed, apple podcasts, spotify, or wherever you listen to podcasts. We hope you enjoy it and let us know what Bi-OP-Pics you want us to cover.

On episode 1 we look at “Rocketman,” about the life and music of Elton John. Yes THAT Elton John. Both George and Paco agree that Rocketman is a formulaic, paint-by-numbers biopic. One glaring problem was that the musical numbers are not in order of when the songs were released. Rocketman begins oddly at a moment of a huge crossroad in Elton’s career, then backtracks to show us how he ended up there—a narrative device that already was a cliché when “Walk Hard: The Dewey Cox Story” parodied it back in 2007.

Paco and George also talk about how Rocketman is seemingly prepackaged for the Broadway stage, packed with Elton John hits you’ve known and maybe loved for decades. And of course what self-respecting biopic would not have plenty of montages: the obligatory scenes of Elton hits rising up the charts and racking up, all the gold records and the sex and drugs that go along with the rock ‘n’ roll.

A new game we are unveiling is “Who Died?” because someone close to the subject almost always dies in a Biopic. So “Who Died?” in Rocketman? The love from his dad. Not great but its all we got.

Correction: It was not Bernie Maupin nor Armistead Maupin but Bennie Maupin and he’s not a piano player but a reed player.