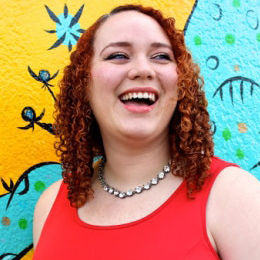 Ep 56 INTERVIEW WITH A SERIAL KILLER with comedian Allison Mick

Ep 56 INTERVIEW WITH A SERIAL KILLER with Allison Mick 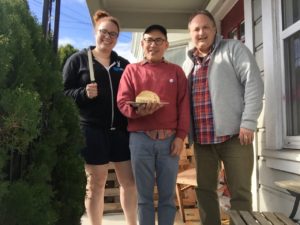 It’s MAYHEM MONTH! Episode 56 comedian Allison Mick talks about the 2009 documentary Interview with a Serial Killer. Allison lived in the city where serial killer Arthur Shawcross was murdering people and she even grew up near the house he lived in! Creepy!

Allison Mick is an Oakland-based comedian and writer originally from Rochester, NY. She draws from her upbringing and personal experiences to address topics like race, gender, and serial killers. She’s performed in festivals in Northern California (SF Sketchfest), New York (Hudson Valley Comedy Fest), and Even Farther Northern California (Savage Henry Festival). In 1997, she was featured in the book “Humor Works” by Dr. John Morreall, the founder of the International Society for Humor Studies. She has managed to stay very grounded despite this fame.

Arthur John Shawcross (June 6, 1945 – November 10, 2008), also known as the Genesee River Killer, was an American serial killer active in Rochester, New York. He killed most of his 11 victims after being paroled early following a conviction in the manslaughter of two children, which led to criticism of the justice system. A food service worker, Shawcross trawled the streets of Rochester in his girlfriend’s 1984 sky blue Dodge Omni (he later used her 1987 Chevy Celebrity) looking for prostitutes to abduct. Michael H. Stone, professor of psychiatry at Columbia University and an authority on violent behavior, identified Shawcross as “one of the most egregious examples of the unwarranted release of a prisoner.”