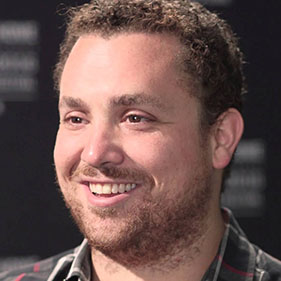 This episode of Sup Doc is sponsored by GUIDEDOC!

George visits the home of the filmmaker Matt Ornstein in Silver Lake. Matt made one of 2016’s most fascinating, complex portraits, ACCIDENTAL COURTESY: Daryl Davis, Race and America. Daryl Davis is an African-American musician who ends up confronting and sometimes befriending members of the KKK and other white nationalist groups. What could possibly go wrong?
George wanted to know more about Matt’s background from Bard to Hollywood, his feelings about the late Frank Ancona, the surge of post-Trump racism, and some pivotal moments in the documentary. Accidental Courtesy is now available on Netflix. We conducted this interview in early March before the death of Chuck Berry.

Musician Daryl Davis has played all over the world with legends like Chuck Berry and Little Richard, but it’s what he does in his free time that sets him apart. Daryl likes to meet and befriend members of the Ku Klux Klan– something few black men can say. In his travels, he’s collected robes and other artifacts from friends who have left the klan, building a collection piece by piece, story by story, person by person in hopes of eventually opening a “Museum of the Klan”. In Accidental Courtesy, Daryl’s journey takes him to across the country, from DC to California, Arkansas, Tennessee, Missouri and Alabama, from old friends who have left the klan, to friends still active in the organization, including a current Imperial Wizard of the KKK. In an age of digital disconnection, Daryl’s method is rooted in personal interaction and we as viewers reap the rewards.