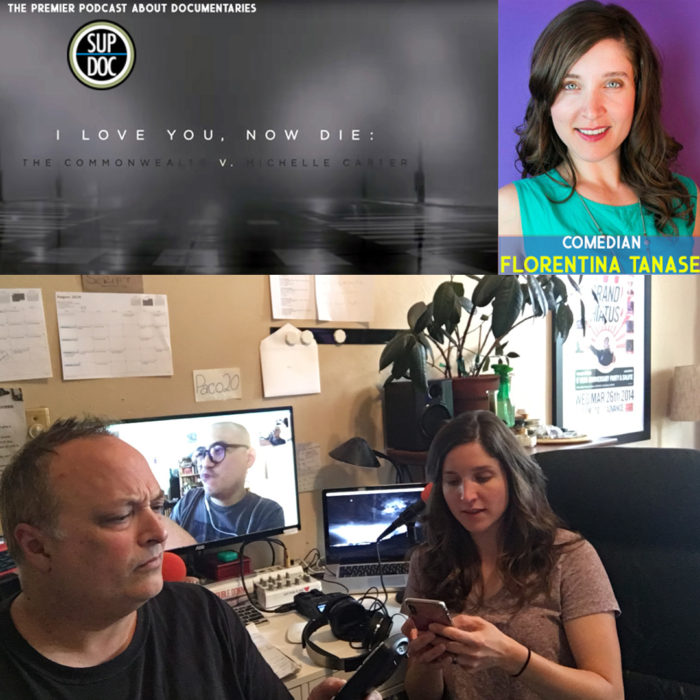 Ep 122 I LOVE YOU NOW DIE with comedian Florentina Tanase

Ep 122 I LOVE YOU NOW DIE with comedian Florentina Tanase

The Premier Podcast About Documentaries

The 2019 HBO 2 part documentary series I Love You, Now Die centers around Michelle Carter who stands trial for sending texts to her boyfriend Conrad Roy and encouraging his suicide. This two-part series explores their complicated relationship drawing on thousands of texts exchanged over two years chronicling their courtship and its tragic outcome.

The director Erin Lee Carr is a documentary film director, writer, and producer best known for her HBO documentaries At the Heart of Gold: Inside the USA Gymnastics Scandal, I Love You, Now Die: The Commonwealth vs. Michelle Carter, Thought Crimes: The Case of the Cannibal Cop and Mommy Dead and Dearest.

Some of the themes we talk about with our guest Florentina Tanase in this episode are mental illness, loneliness, pop culture, technology and how this bizarre tale led to a deadly convergence.

Plus we get into The Staircase, how women have been historically perceived, plus cast this doc and other great moments.

Florentine Tanase is a San Francisco-based comedian who has performed at Cobb’s Comedy, The Punch Line, and The Comedy Store. She produces a monthly show in San Francisco called “Bottomless Standards” at the MILK Bar.